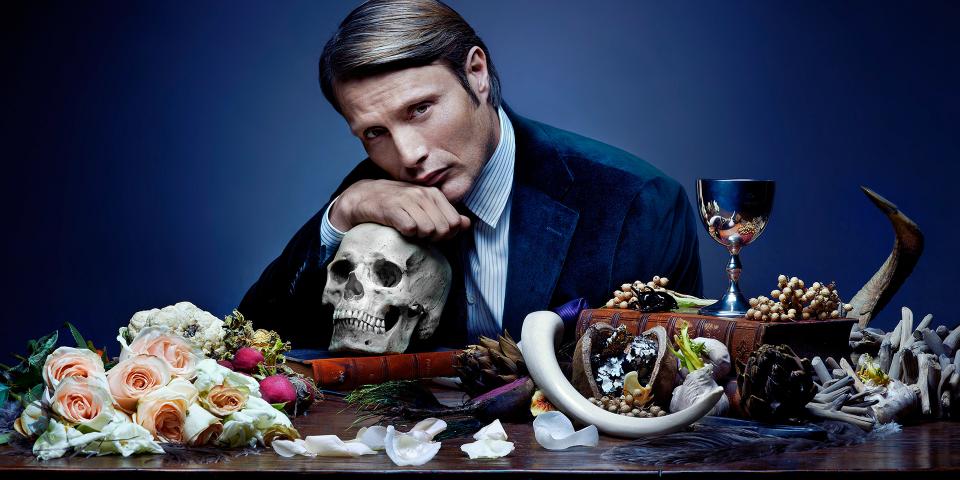 This past season of Hannibal was… different.

This post may contain spoilers so read at your own risk. But it probably doesn’t contain much.

This third season moved quite a bit more slowly and didn’t contain the same awesome cooking that Hannibal had done in the previous season. The slow mo, artsy, scenes that made Hannibal beautiful on TV and on Blu-Ray were gone and replaced with pretty lame slow-mo shots. It just wasn’t the same without Hannibal being Hannibal. It was nice seeing more of Gillian Anderson in her role but her logic for sticking around didn’t make a whole load of sense. But why the heck didn’t anyone who saw Hannibal teaching.. walking around.. whatever.. and tie him to the FBI most-wanted list that I’m sure Hannibal was on? It just didn’t seem right that he was able to travel so easily without setting off red flags. Then the face-off scenario didn’t make any sense at all. In any event, the final episode was a bit of a let-down, especially the cliff scene at the end — they should have just parted ways. In any event:

But I’d still watch the next season! Lets hope Netflix or Amazon pick it up.

This site uses Akismet to reduce spam. Learn how your comment data is processed.